The Revenge of the Radioactive Lady - A Story Behind the Story

The main character in this novel, Marylou Ahearn, did not exist until late in the game. Earlier versions, set in 2006, starred the Witherspoon family but the radiation experiments remained safely in the 1950s as part of the grandfather’s backstory. A trusted reader finally told me that she liked my characters but that I should get a new plot. Hard as this was to hear, I knew she was right. A wrath-filled Marylou Ahearn brought her 1950s injury into the present, and the novel took off. Marylou and I never looked back.

This novel was inspired by Eileen Welsome’s book The Plutonium Files: America’s Secret Medical Experiments in the Cold War (1999). Welsome’s book, which began as a series of articles in the Albuquerque Tribune, exposed the abuses of patients kept secret by government scientists for almost fifty years. These scientists invited orphans at the Fernald State Asylum in Massachusetts to join a science club and then, unbeknownst to the orphans, laced their breakfast oatmeal with radioactive iodine. In Nashville, doctors caring for low-income pregnant women gave them prenatal vitamin drinks that were actually radioactive “cocktails.” Many of these unsuspecting guinea pigs and their children developed health problems, including cancer.

I was drawn to this material for a number of reasons. Even though Welsome won a Pulitzer Prize for her reporting, neither I nor most people I talked to had heard the story. I wanted people to know about it.

Part of my motivation was personal. In my early twenties I developed thyroid cancer, which most medical experts think is caused by radiation exposure, perhaps from dental x-rays machine or radioactive fallout drifting east from Nevada. I felt I had something in common with the subjects in the experiments.

As a novelist I kept wondering how the doctors and their staff justified their behavior to themselves. They weren’t all “bad” people. Arrogant and monomaniacal perhaps, but not necessarily evil. Certainly the Cold War offered them rationalizations, but there was more to it than that. I wanted to explore what might have gone on in their heads, and how they lived with themselves afterwards.

There was one more trigger as well. I read Light in the Piazza, Elizabeth Spencer’s masterpiece about a mother and her daughter—the daughter grown but still mentally childlike, the mother struggling to let that daughter marry and have her own life. I cried for two days after reading it. My oldest daughter has Asperger’s syndrome and I struggle with the issue of letting go every day. As my younger daughter has grown older, I’ve become increasingly aware of the experience of a “typical” kid in such a family and how this child’s needs get overlooked. Exploring this dynamic and projecting my fears and concerns into the future for the sake of fiction was one of the scariest and most rewarding things I’ve done so far as a writer. 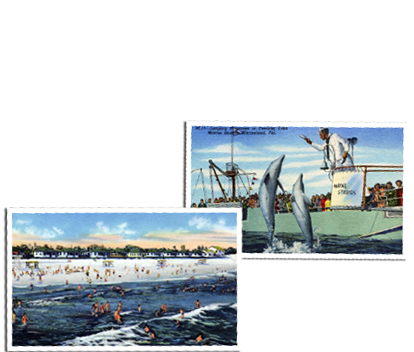