Elizabeth Stuckey-French is the author of two novels, The Revenge of the Radioactive Lady and Mermaids on the Moon, as well as a collection of short stories, The First Paper Girl in Red Oak, Iowa. She is a co-author, along with Janet Burroway and Ned Stuckey-French, of Writing Fiction: A Guide to the Narrative Craft.  Her short stories have appeared in The Normal School, Narrative Magazine, The Atlantic Monthly, Gettysburg Review, Southern Review, Five Points, and The O’Henry Prize Stories 2005. She was awarded a James Michener Fellowship and has won grants from the Howard Foundation, the Indiana Arts Foundation, and the Florida Arts Foundation. She teaches fiction writing at Florida State University.

The oldest of three children, Elizabeth grew up in Lafayette, Indiana. Her parents, both writers, taught in the Purdue University English Department. In second grade she wrote and illustrated her first novel, The Mystery of the Toy Stage Coach. There were some big gaps in the story, and only one hand-written copy remains in print.

She graduated from Purdue with a degree in Social Work and settled in Tidewater Virginia with her first husband, where she snagged a job as the only social worker for the city of Williamsburg. She found herself responsible at age 22 for foster care, adoptions, child protective services, adult services, employment services, day care services, and juggling fire while dancing to Hall and Oates.

After a divorce and a bout with thyroid cancer, she moved back to Indiana to discover another way to make a living. She soon found herself working two waitress jobs as well as writing public relations copy for Purdue. This last job taught her many things, the most crucial being that she wasn’t cut out for journalism, seeing as she had a strong urge to change the facts to make them more interesting.

She met Ned French her first year back in Indiana and they decided to marry after having known each other for two weeks! (Don’t try this at home.) While Ned taught high school in the most rural school district in the state, Elizabeth completed a Master’s in English at Purdue where she took her first writing workshop and never looked back. At Purdue she had the pleasure of studying with two patient and talented saints—Elizabeth Inness-Brown and Patricia Henley.

Elizabeth and Ned applied to graduate school at the University of Iowa where Ned got a PhD in English and Elizabeth an MFA from the Writers Workshop. While there she had the great fortune to study with Francine Prose, Deborah Eisenberg, Frank Conroy, James McPherson, Margot Livesey and Ethan Canin. In Iowa Ned and Elizabeth were blessed by the arrival of their two daughters—Flannery and Phoebe.

Elizabeth and Ned lucked into jobs in the English Department at Florida State University in Tallahassee, where they quickly made themselves at home. Their children are true Floridians. The first time their daughters saw snow along the interstate on a drive up north, they thought it was sand. 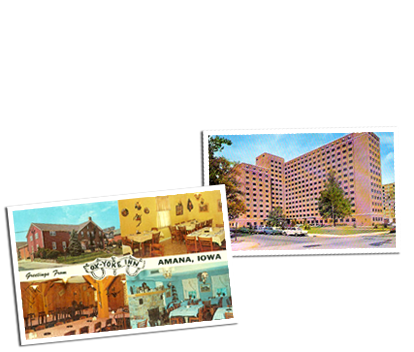