The First Paper Girl in Red Oak, Iowa - A Story Behind the Story

These stories are set either in Iowa or Indiana or in a mythical combination of the two. I wrote them over a ten year period—some when I was in the MA program at Purdue, some for my University of Iowa thesis, and some after graduation from Iowa while working in Iowa City as a research assistant for an alcohol study, a test specialist at American College Testing (ACT), and a teacher in a summer program for “gifted and talented” Iowa eighth graders. All of these jobs found their way, indirectly, into my stories, as did my memories of growing up as the daughter of an English professor whose job it was to “babysit” Purdue’s visiting writers, and the experience of living as a newlywed in the tiny town of Otterbein, Indiana, on the edge of the Grand Prairie, where Cary Grant got crop-dusted. Various stories were blended and seasoned with my love of New Mexico, my addiction to the TV show “Unsolved Mysteries,” my fascination with Dr. Walford Bodie (aka the Electric Wizard), my curiosity about my father’s sister who’d hung out her shingle as a psychic, and my mother’s long-term relationship with our former cleaning woman.

The title of the collection–and of the story–came about, as occasionally happens in a writer’s life, by happy coincidence. While at the Iowa Writer’s Workshop I got a job working part-time at a weekly newspaper, the West Branch Times, in the Herbert Hoover’s hometown outside Iowa City where my husband and I lived. During my second year there I began writing a story set in the sixties about a mother of two, Cherry Gunn, whose husband abandons them during the Christmas holidays to attend a convention in Virginia Beach. Against his wishes, Cherry sets off for Virginia Beach in a blizzard with her two children, picking up a teenage gas station attendant along the way. I was having a hard time getting into the mind of a mother who’d do such a thing.

Then one day at the West Branch Times, one of my co-workers began telling us about her childhood in Red Oak, specifically about her experiences as the first paper girl the town had ever had—having to deliver newspapers in a dress, braving frigid weather, drifting snow, fierce dogs, and jealous boys. As I heard her talk about it with great pride and enthusiasm, I knew that Cherry Gunn needed to have a similarly brave childhood experience, one that she was still proud of, one that would allow me, and hopefully the reader, to sympathize with her. Also, I loved the way it sounded—The First Paper Girl in Red Oak Iowa. I’d never been to Red Oak myself, but never mind.

When the book came out in 2000, I began hearing from Iowans who told me stories about their childhoods. Iowans came out to readings I did in bookstores all over the country. Some of them had been paper girls and boys, and a few women claimed that THEY in, fact, had been the first paper girl in Red Oak. One woman, who must’ve thought the book was non-fiction, wrote me a letter scolding me for claiming a title that rightly belonged to her.

The town of Red Oak embraced me, inviting me to visit there and ride in their annual parade. I was unable to sit in a convertible and wave because of a scheduling conflict, but a Red Oak businesswoman who owned a lovely antique and tea shop asked my publisher to send her boxes of my books and invited me to come to Red Oak and sign them. My good friend Alison Jester and I drove over from Iowa City and found Red Oak to be an incredibly lovely town. The evening we were there, scores of townspeople showed up to buy my book, thinking, I’m afraid, that the whole book was about Red Oak. The mayor, a canny woman whom I remember as looking like Flannery O’Conner, did pull me aside to ask me if the book was even about Red Oak. A little bit, I assured her. Alison and I later agreed that we felt like a pair of flim-flammers, a couple of Harold Hills rolling into River City to sell trombones. But we had a wonderful time. 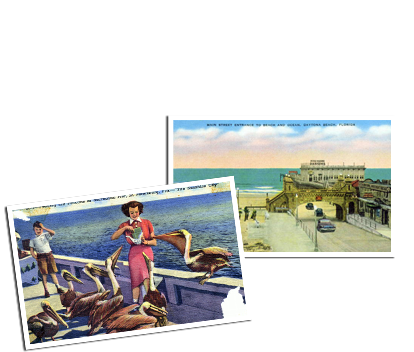